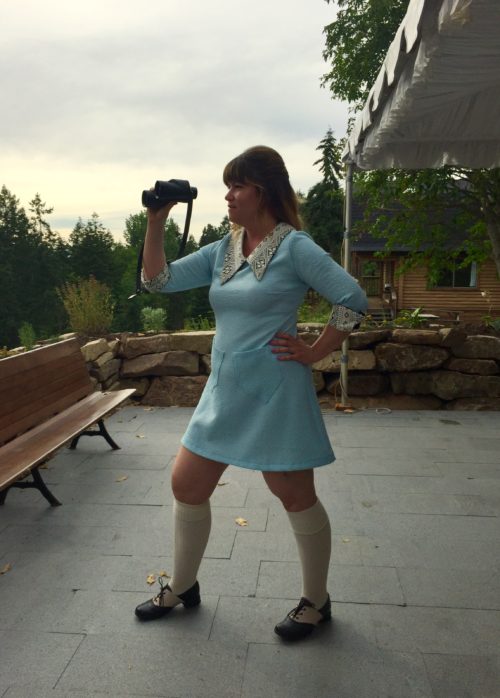 Not only is Fluevog an excellent design line, they’re also a cool company to work for. My friend Tanaya runs their French Quarter store, and commissioned a dress for their company retreat costume party in Canada this summer. The theme for the party was Moonrise Kingdom, and Tanaya already had the perfect Fluevog saddle shoes for a Suzy look, as well as a designer friend who loves all Wes Anderson movies. 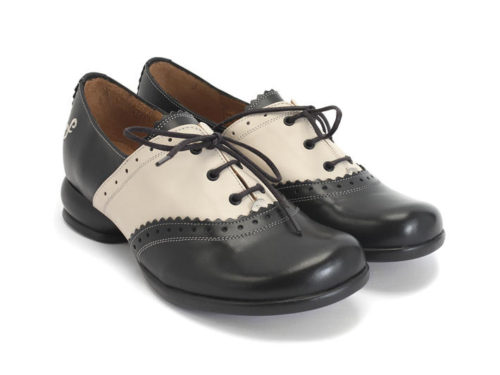 Rather than taking a cosplay approach to the retro Suzy look I decided to design a dress to compliment the shoes while still fitting into the film’s aesthetic. Why follow someone else’s design when I can make my own? 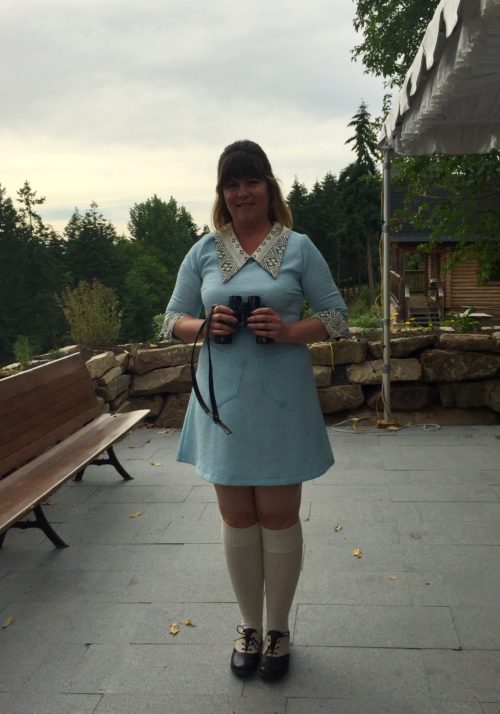 What a cutie! Another concern for this design was that the dress be versatile enough to fit into her regular wardrobe. Of course I drafted the simple pattern myself. 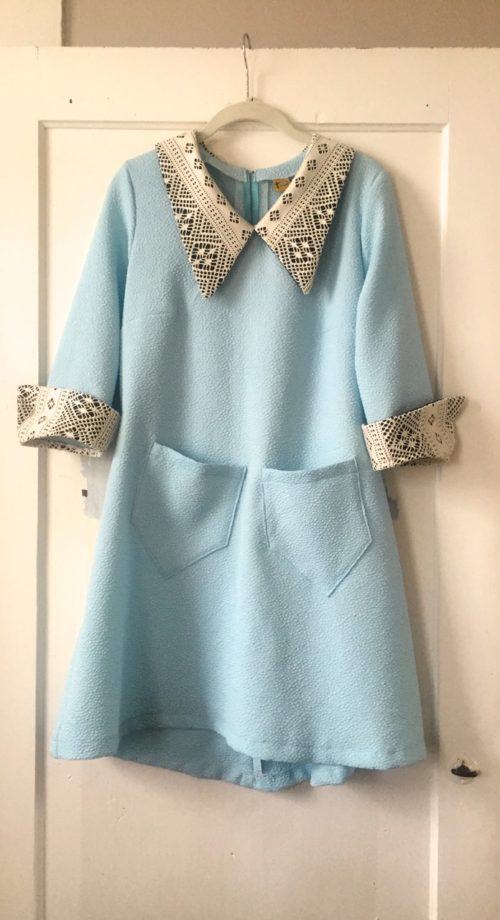 The fabrics are all from Joann. The blue polyester has great texture and a little bit of stretch. I layered ivory knit lace over black satin and obviously had fun playing with the pattern layout. The zipper is a vintage metal one from my stash for that authentic touch. 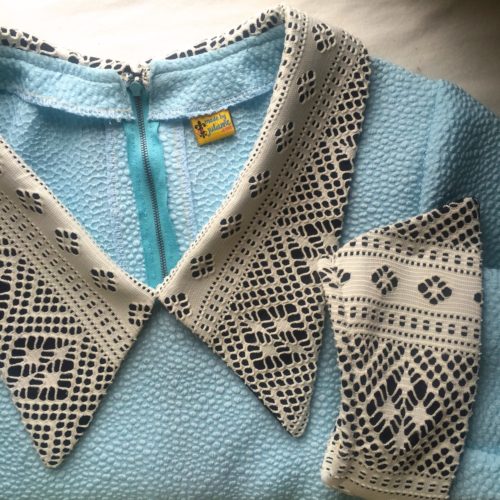 We didn’t win the costume contest but I’m satisfied that my mission was accomplished! 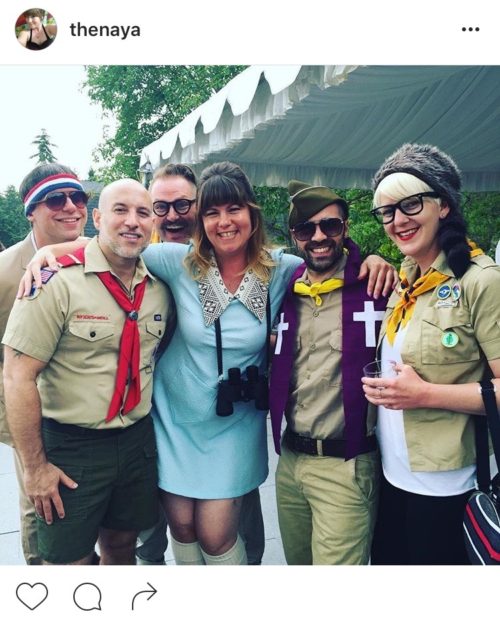 My friends Maria and Patrick of Adorn and Conquer are finally opening their own store in New Orleans! They are also carrying pieces by many artists and makers, including yours truly. The first merchandise order I shipped out was all zipper bags – 27 of them! 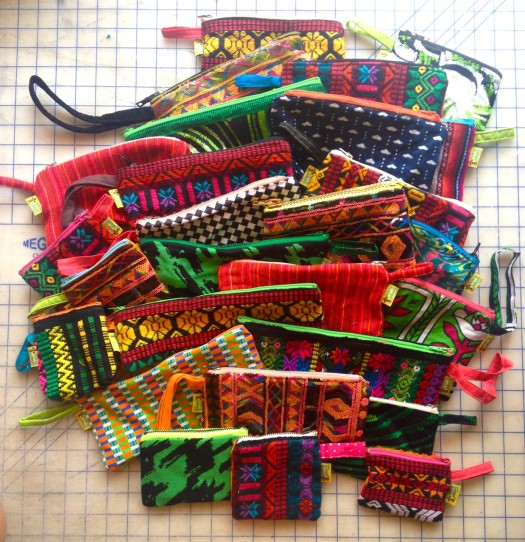 They are almost entirely scrap fabrics, lovingly saved for years. Every bag is lined, most have a loop for attaching a clip or wearing around the wrist. 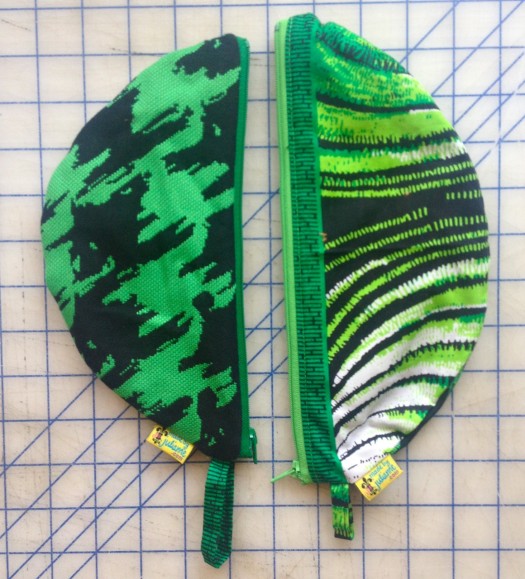 You know I’m usually about getting as many different colors onto one piece as possible, but I totally love these all-green bags. They each have both of the above fabrics (one on each side) and even the lining and zippers are green. I hope at least one of them gets used for some stylish stoner’s smoking kit. 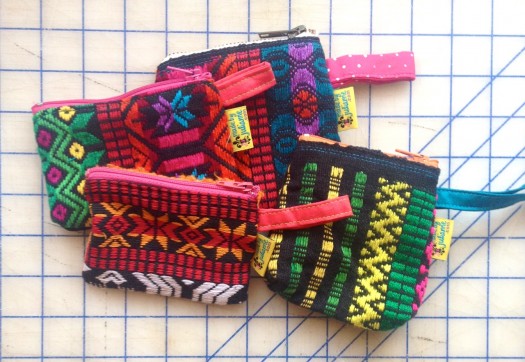 These embroidered fabrics were saved by my step-sister-in-law Ilaan (who also provided the fabric for my sofa, psychedelic bathrobe, and Miimii dress). They were such tiny scraps! These bags are backed with solid fabrics.

You’re never too old for a fabulous pencil case! 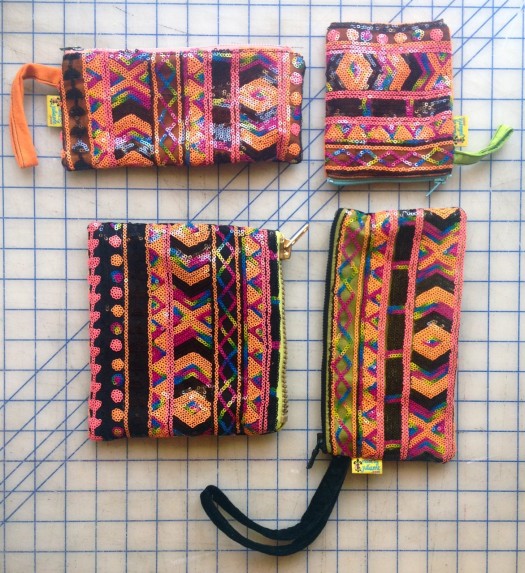 I totally gasped when I found this amazing blacklight sequin fabric. It’s just too perfect! I look forward to making a few fabulous pieces from this. Any suggestions? 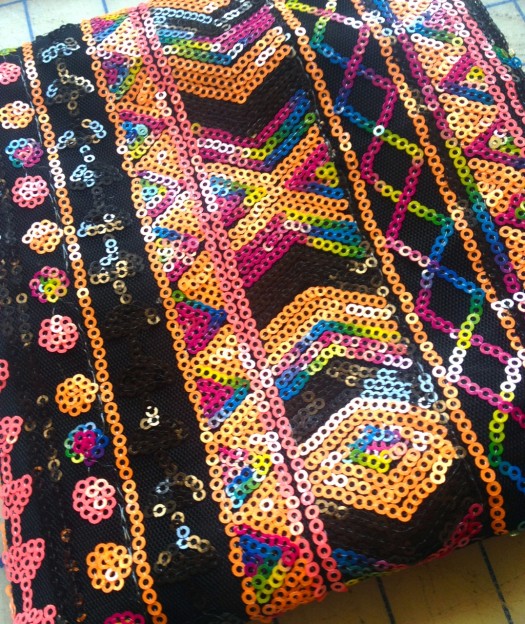 I made them in so many different shapes and sizes, which was dictated by the individual remnants. They’re each the perfect size for something! I envisioned the smaller bags as the perfect wrapping for a jewelry gift.

Y’all know how I’m a sucker for projects that use up those wonderful little scraps. On one hand, I try to resist hanging on to “someday could be” materials. Sure, someday it could be used for whatever project I have in mind, but it’s more likely that stuff will just clutter up my life until eventually I get so frustrated that I just want it gone. On the other hand, I love using up every bit of possibility, and some fabrics are too special to let go, not matter how small the pieces are.

I’ll also have turbans and a special new shirt design in the store, but that’s for a special post. Congratulations to Adorn and Conquer on this exciting milestone! 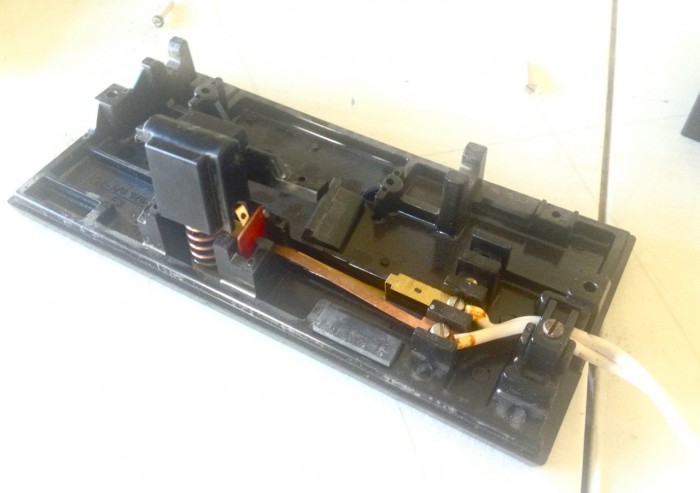 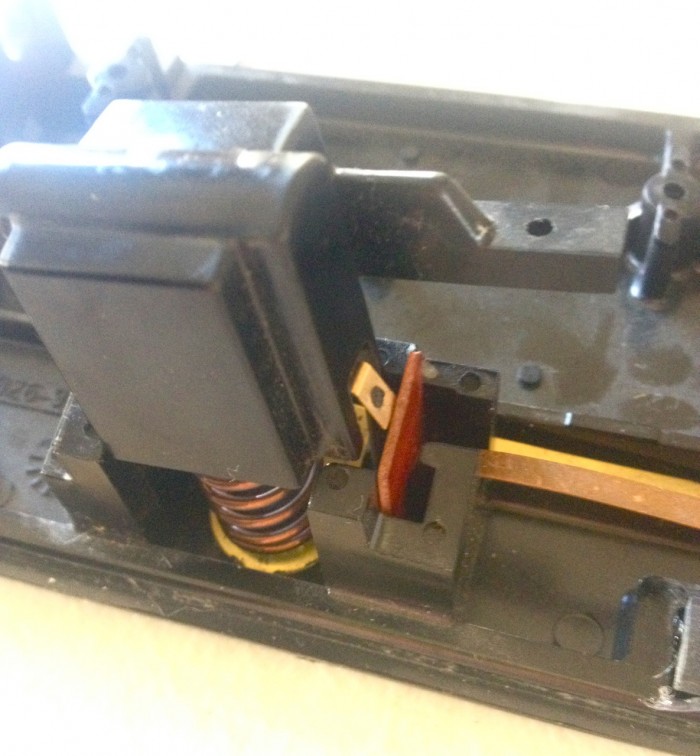 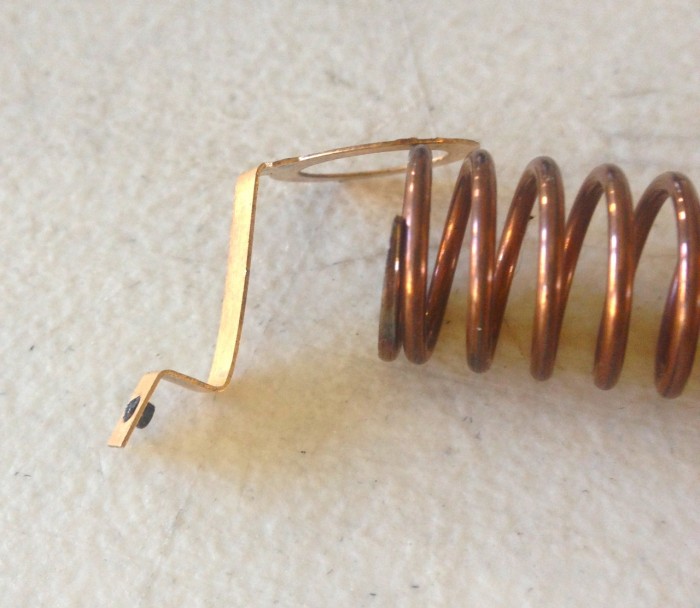 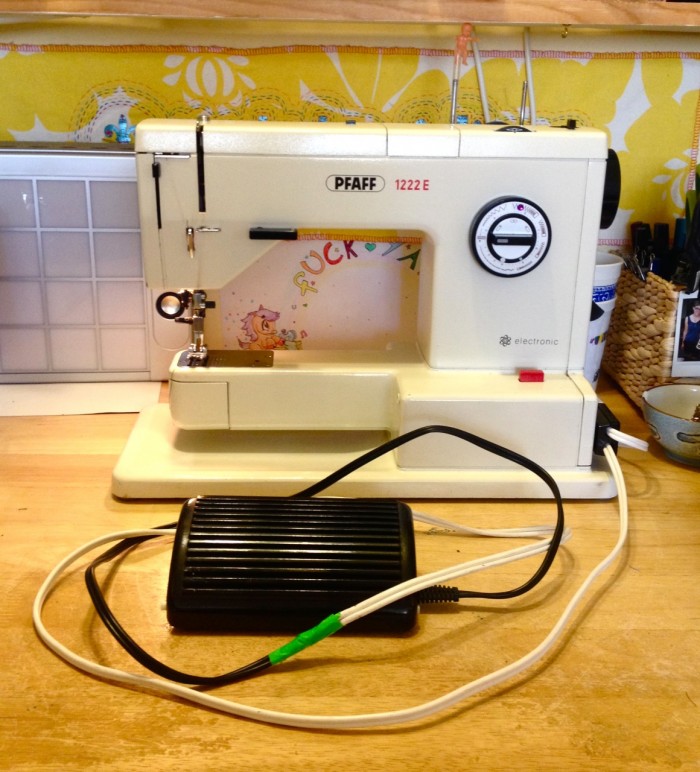