A recent email from a reader reminded me that I remade the classic Pink Lion costume way back in 2015. Whoops!

Pink Lion 2.0 (aka Pink Lion the Pink) is the silky tuxedo version of the dryer-singed original. 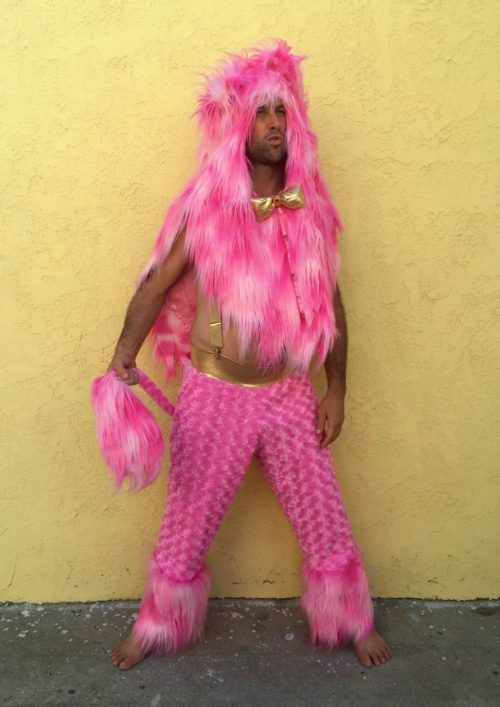 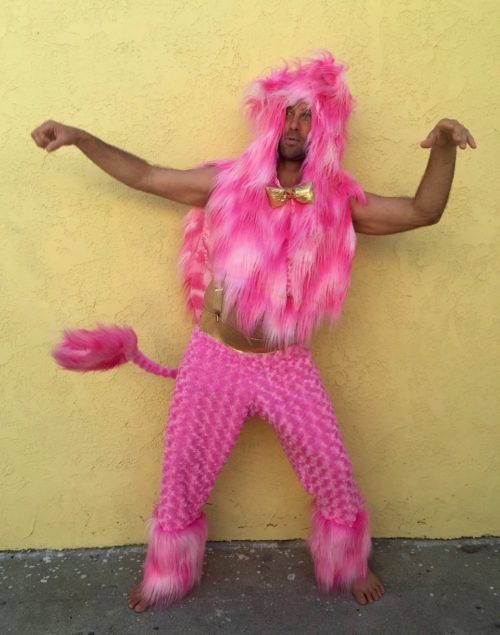 The new look features a shaggier, more luxurious mane, as well as a stuffed bowtie (he insists it’s all real). The gold zipper is replaced with a satin placket and gold buttons which is more formal that functional.

The pants have been remade in a lovely poodle minky (it’s technically called rosebud minky but whatever) with ankle tufts and a gold metallic waistband. Top and bottom are lined with pink satin. The new tail is sassier than ever! 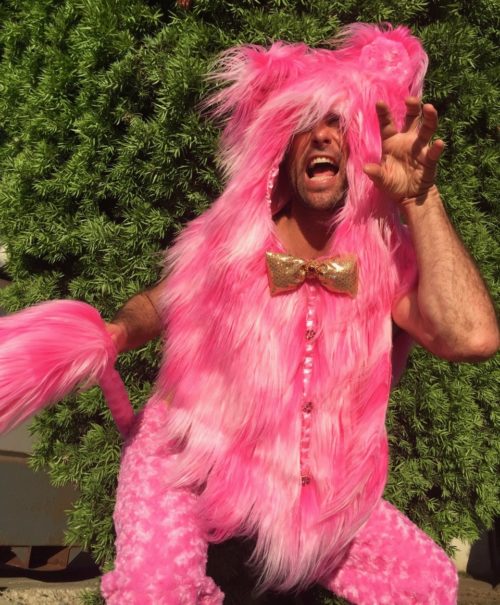 I made an alternate set for this costume in 2016 that included a furry onesie, spandex manties, zipper mask, and a hood mane that exposed the back and chest. I like a modular costume wardrobe and now he has several options! 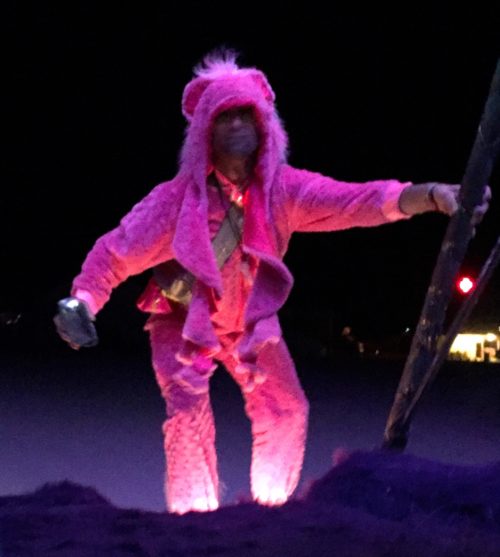 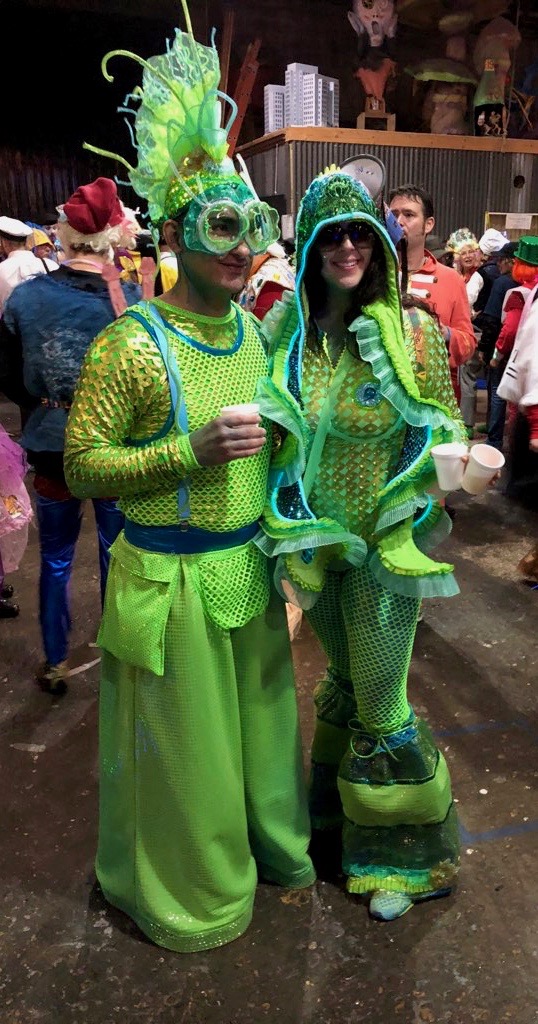 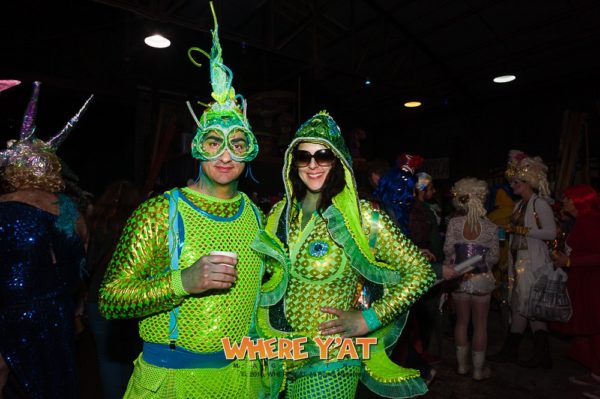 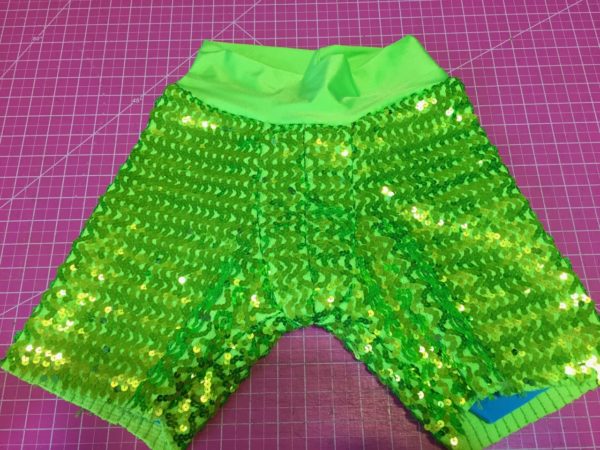 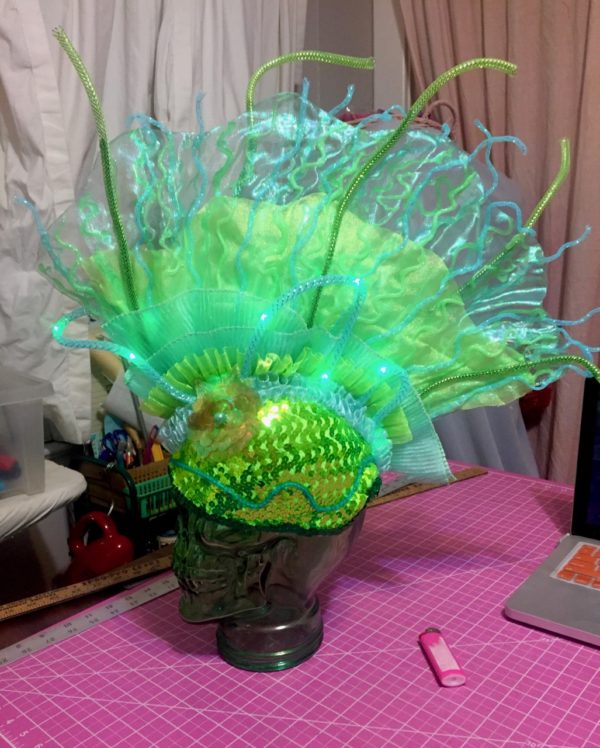 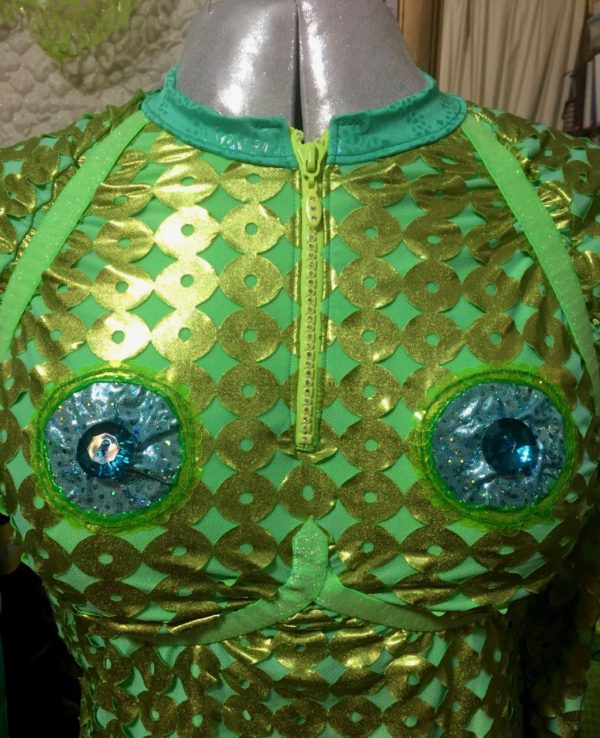 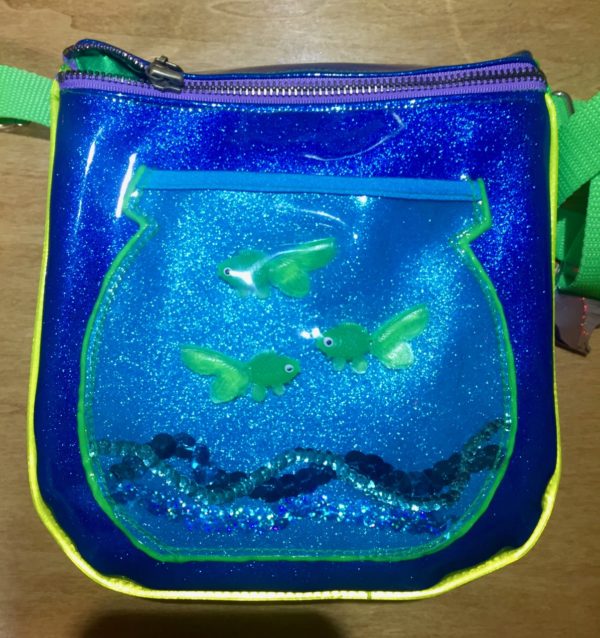 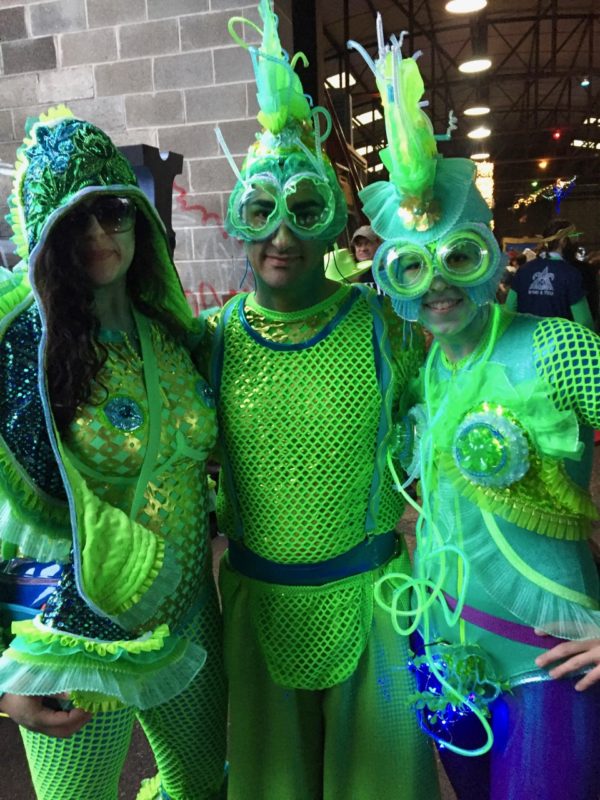 Krewe du Vieux tradition dictates that each Subkrewe’s creative director pays tribute to the year’s Royalty with a gift and often mutually embarrassing presentation at our annual pre-parade Captain’s Dinner, which I’ve had the honor of attending for the past 2 years. Held 3 days before we roll, it forces a pause in the last-minute chaos.

In that spirit, I use the Tribute as an opportunity to unwind from the tornado in my sewing studio. An afternoon of watercolor is a pretty good antidote. Our friend at Uptown Frames hooks us up and LEWD rolls in with a classy gift and a raunchy joke.

Since this year’s King is a respected member of the loTcal intelligentsia we compromised on the lewdity of our interpretation of the Krewe du Vieux Goofy Guy (our float was a little more explicit). But Richard better have it hanging proudly in his office or else I’m gonna have to draw penises all over his chalkboards. All Hail! 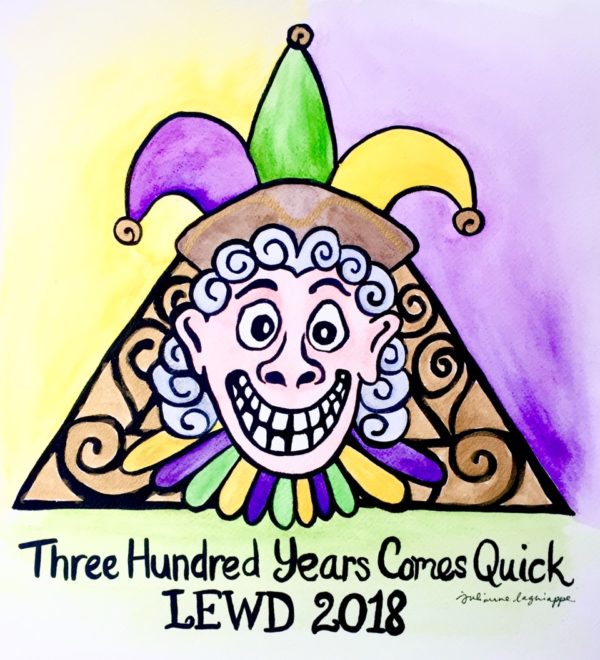 And then THEY gave me this sick patch! I’m on the prowl for fabric to make a jacket to put it on.