There are two very good reasons why I haven’t been posting:

1) my husband and I are on a road trip! We left Los Angeles at the beginning of February, and will travel 6,000 miles by the time we get back later in the spring. Because we’re on the road, I haven’t had regular wifi to post, and I still need to photograph projects, and I’ve been doing other fun things!

Of course I have my Pfaff and serger with me, but so far I’ve only set them up to complete bike seats. I’ve been knitting though, and there is a lot to share between my recently completed pieces and backlogged knittings! 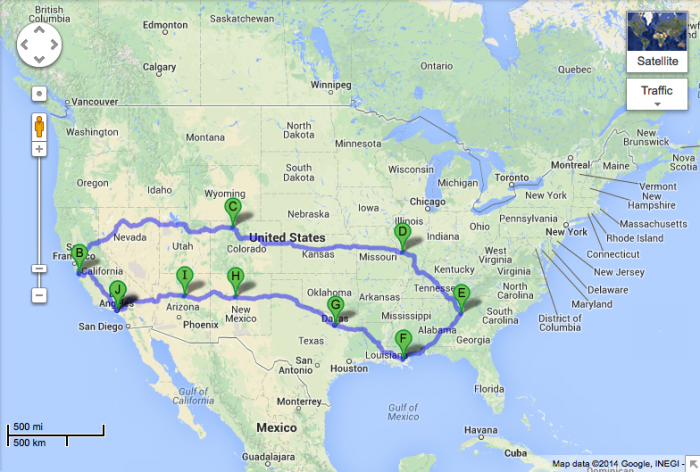 2) the day before we left on this trip I injured my finger pretty badly. I slammed the middle finger of my left hand in the car door at Disneyland. I wound up with 3 stitches and a blackened fingernail. It was the first time I ever got stitches, and I was terrified, but we were able to return to the park and have a good time (with no lines!).

It hurt so much, and I was scared, but now I’m almost OK. It took about 1 week before I was able to knit again (my finger was so swollen and sensitive, and covered in a huge bandage). I took the stitches out myself, and had to melt a hole in the nail to relieve the pressure (terrifying, but absolutely painless), and the fingertip is numb and nasty looking. It’s still difficult to type, so that’s why I haven’t been posting. I’ll spare you the gross photos.

We’re staying with my husband’s family in St Louis for the next few days, so I’ll try to get some projects posted and scheduled before we hit the road again.