I’ve been working with Fleetwood at Villy Customs for a couple years now, helping to make his custom cruisers a little more specialized! The bikes are always so gorgeous, and it’s been great to be a part of his company’s growth. I make so many covers for him that I usually don’t post, but I thought this bike for Vitamin Shoppe was worth sharing. 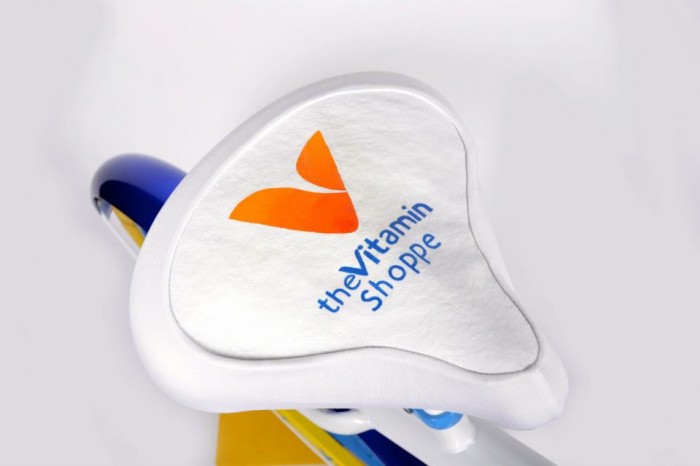 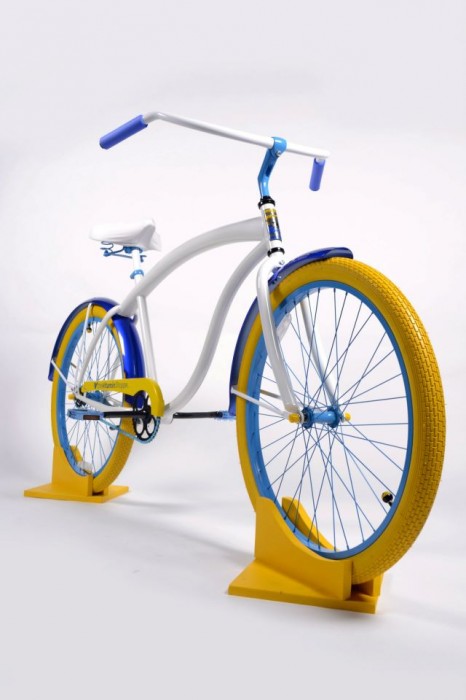 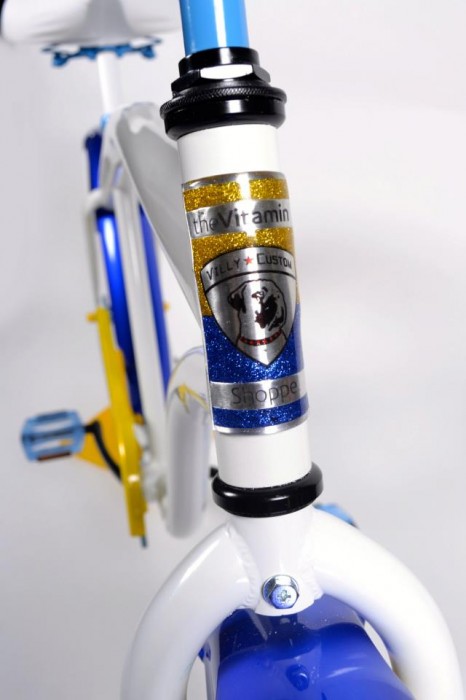 That headbadge is gorgeous! And I love the yellow tires. Bet you want your own custom bike now!

Jane is technically Jason’s cousin, but damnit, she’s my cousin too! This awesome lady is a professional bellydancer and part-time mermaid. I was just as excited as everyone else when she and her partner announced their pregnancy. It turned out to be pretty eventful, with weeks of bed-rest and a very earl arrival. I decided to make her a little gift to celebrate her post-pregnancy freedom with a bottle opener. 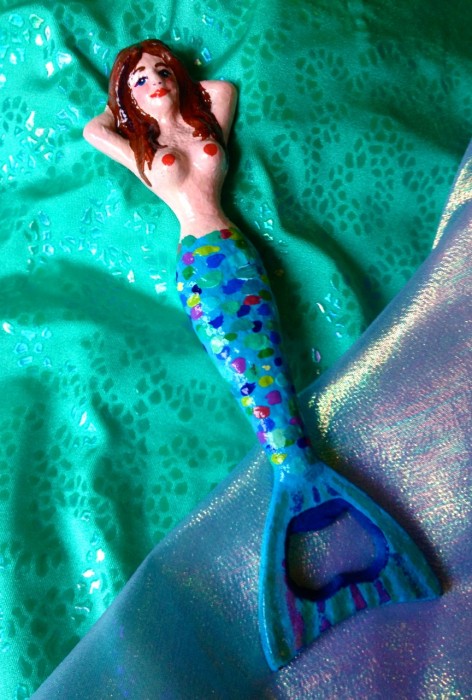 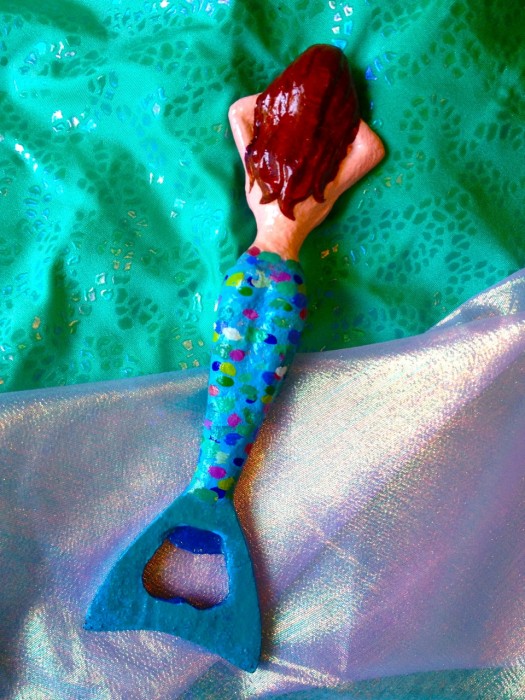 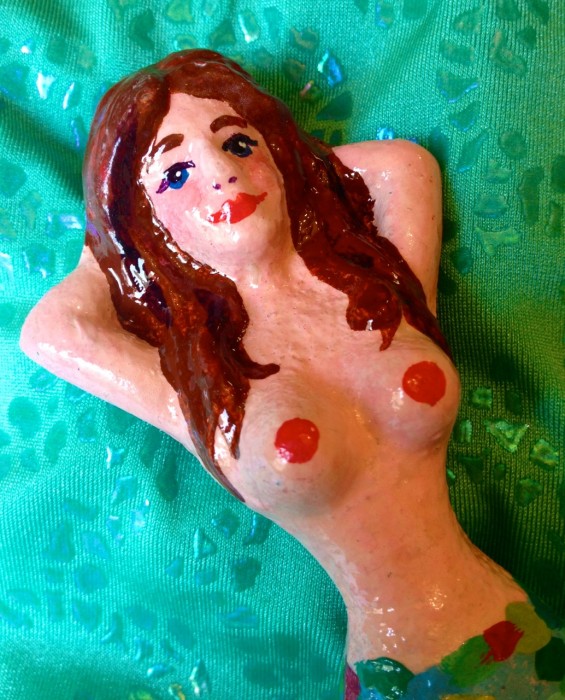 I got the cast-iron mermaid on Ebay and painted it to look like Jane. I’m so good at painting that Kekoa (the bebe) kept trying to stick it in his mouth. Despite his early arrival, he’s healthy and already making time with the ladies.

I used acrylic paints on top of a coat of Kilz, and coated the opener with several layers of spray sealant. Hopefully the paint won’t chip too much!

I made this post back in March of 2011! The only reason I can imagine that it wasn’t published is because I was waiting for Maria to actually get her seat, and then it just kinda got lost. But it still counts as something I made!

I originally came up with this design on the first seat cover I ever made, which was sadly stolen along with the bike it was on last summer. This rendition was enhanced by the liberal application of red and pink glitter, just on the heart, which involved planning out the order of the layers very carefully, and I just love the way it turned out. 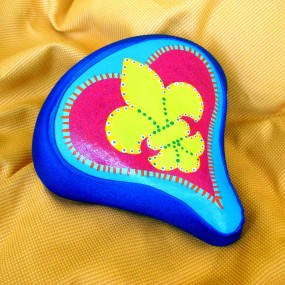 Maria’s went off to New Orleans for her birthday, albeit 2 weeks late. She loaned us her bright green cruiser for a couple weeks while we were in town, so I kept her bike in mind while working on her cover. I’m riding around on the cover with the teal sides, and it’s just perfect for my bike. The seat with the blue sides was available in my Etsy shop.

I know that fleur de lis aren’t very popular out here in Los Angeles, but I enjoy the connection I still get to my city by painting our symbol.