One of my Burning Man camp-mates called me up and said “My production company needs a hat replicated, and we need it in two days!” and I said “OK,” and so I made a Robin Hood hat.

But maybe a little more context first? Stan Lee did a photoshoot in which he dressed up as Errol Flynn’s Robin Hood, as a promotion for World of Heroes that would be on display in ArcLight Theaters (You can see my friend Paul on the floor behind Stan in the video). 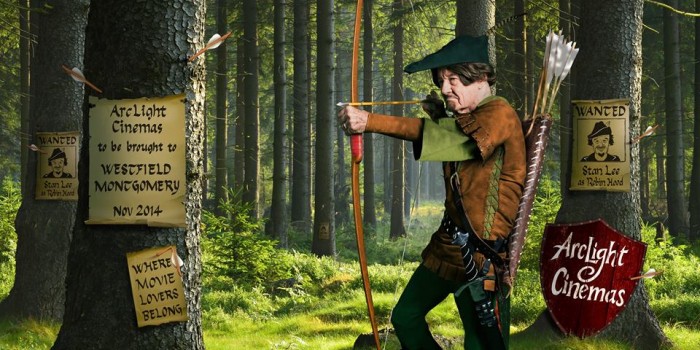 They wanted to display some artifacts from the shoot in selected theaters, but the original hat was only a rental and could not go on tour. So it was my job to create a replica that would be on display. 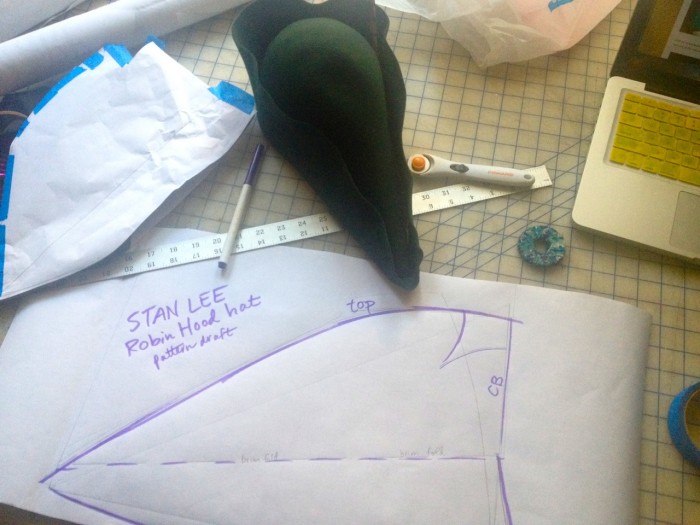 I was on a serious time crunch, and the only felt I could find was nylon. I tried tinting the fabric in brown dye, which totally didn’t work. Color correction was shelved for later. As a starting point, I used this tutorial to make a sample, and tweaked the pattern from there.

In order to recreate the structure of the blocked hat, I made the hat double layered, and fused the two pieces of felt together with iron-on bonding paper. I added fabric glue to the inside of the crown as a sizing, and then gave the entire hat a wash of watered down acrylic paint to make the color more accurate. 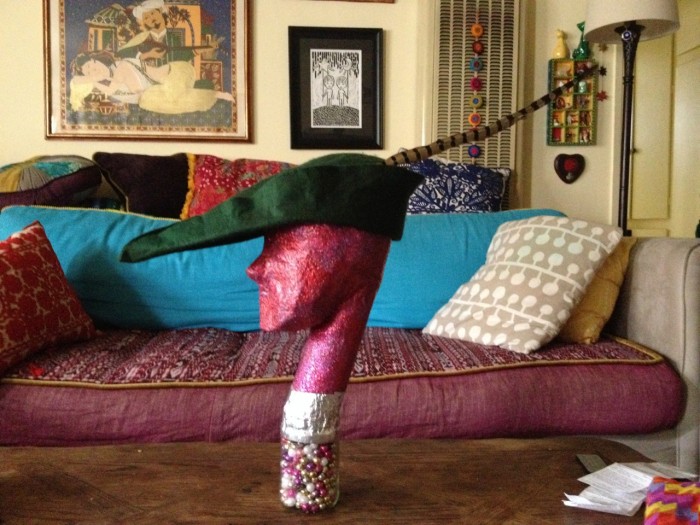 Even though my hat was only made for display, it will probably go to Stan Lee when the campaign is over. Neato! 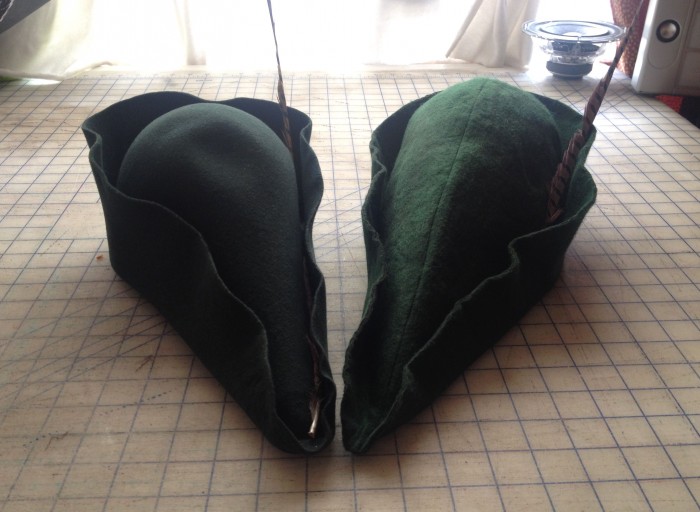 This project was a fun and challenging mix of sewing and craft skills. I wasn’t really sure how I would make it when I started, but I was confident every step of the way. I made the deadline, I got the check, and this project was a total success!